JOIN NAMEPA AND MIF FOR AN AUTHOR EVENING WITH 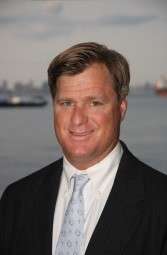 This book tells one more key part of the big story and is one more piece in the giant puzzle of the history of World War II. Its value for historians cannot be underestimated. Throughout the stories of the attacks by German and Italian submarines on Allied shipping in the water around the Bahamas and the Turks and Caicos, several consistent themes emerge in Wiberg’s thorough accounts.

Prime among them is the heroism of the merchant mariners who time and again put themselves in danger as they performed the critical task of moving supplies, military and civilian, which were vital to ultimate victory. We read of numerous instances of sailors having their ships shot out from under them and then continuously going back to sea and having additional ships torpedoed and sunk. We can also recognize what we know today as Post Traumatic Stress Disorder (PTSD), which was seldom recognized 75 years ago.

Wiberg pays proper credit to the controversial Duchess of Windsor, whose husband was the wartime governor of the Bahamas. Just as she carried out this official duty, this book relates the heartening tales of everyday Bahamians, often poor and on outlying islands, who generously provided for these desperate castaways. Wiberg also acknowledges the heroism of the Axis submariners as he recounts not only their victories but also their deaths as many of the subs were eventually tracked down and sunk.