The theme centered around Earth Day 2021 is Restore our Earth but what does Restore Our Earth truly mean considering the current climate change situation the global community has found itself in.  The word restore means to bring back, to reinstate, to return to a former condition.    One concept is to restore populations of marine species to allow for the ocean ecosystems to return to the natural balance of species that is necessary for an ecosystem to properly function.  Looking back at the first Earth Day celebration and the subsequential movements and regulations that resulted from the idea we see how it is possible to slow and potentially reverse the damaging effects human activity is having on the earth.

The first Earth Day was celebrated in 1970, originally designed as a campus teach-in by Senator Nelson of Wisconsin with the goal of capitalizing on the energy from student anti-war protests in conjunction with an emerging public awareness of air and water pollution.    Changing the name to Earth Day and encourage all Americans, not just college students, the movement caught on in part to massive media attention.

That same year the United States Congress authorized the formation of the Environmental Protection Association.  In 1973 the Clean Water Act and the Endangered Species Act (ESA) (replacing the 1969 Endangered Species Conservation Act) were implemented.    The goal of the ESA was to reduce and ultimately stop the loss of both plant and animal species due to threats from human activities.

An endangered species is at risk of becoming extinct in a portion of its range or throughout a significant amount of its range.  Species are evaluated based on five main criteria set forth by the ESA.  The listing process can be time-consuming and including many reviews and a public comment period. 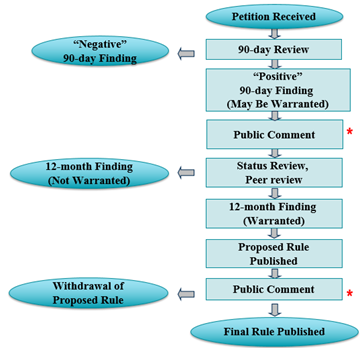 According to the U.S. Fish and Wildlife Service, there are currently there are a total of  1,657 species (animals and plants) listed as either threatened or endangered. 165 of those are marine species.   Over the past 48 years, the ESA has had many success stories of species saved and populations restored.  99% of the species protected under the ESA are still surviving today however, only 3% of listed species have successfully recovered enough to be delisted. Two such success stories are the Gray Whale, Eschrichtius robustus, and the Southern Sea Otter, Enhydra lutris.

Gray whales have a life span of 55-70 years, typically grow up to 50 feet, and on average weigh 30-40 tons.  These large mammals have two blowholes for breathing and are omnivores meaning they will eat plants and animals.  Well known for their bottom-feeding habits, gray whales will inhale large quantities of water, mud and prey that they then filter out through rows of baleen along their upper jaw.  Baleen is made from keratin and captures their food, including small shrimp, fish, krill and plankton as they expel large volumes of water from their mouths. These whales migrate great distances from the waters off the coast of Mexico north to Alaska seasonally. 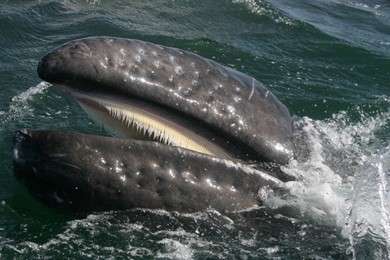 Since the late 1800s the Gray Whale, along with many other whale species, were subjected to years of commercial whaling that severely depleted their populations to dangerously low levels.  Whalers through the world hunted whales for their meat and blubber.  Blubber is high in omega 3 fatty acids and vitamin D making the demand for it high especially in cold latitude environments.  Whales were also hunted for their oil which was used in leather products, candles, soaps and as fuel for oil lamps.   The gray whale was exceptionally susceptible in their preference for shallow coastal waters as bottom-feeding. 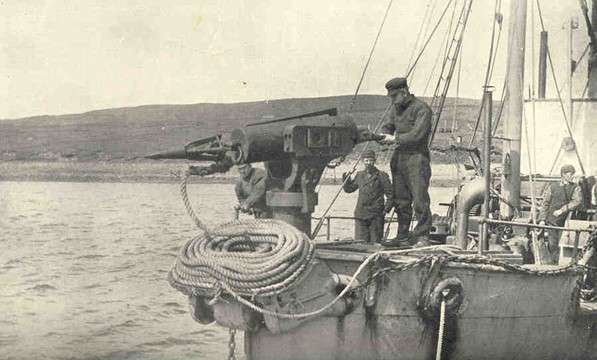 In 1973 the species was listed as endangered on the ESA rendering it illegal to hunt, harm, harass, wound, kill, trap or capture including any attempt to do any of the aforementioned actions.    The waters off Baja California are an important nursery and breeding grounds for gray whales.  Under the ESA and Marine Mammal Protection Act, the area has been registered as a protected refuge zone allowing for additional protection and management of the species. 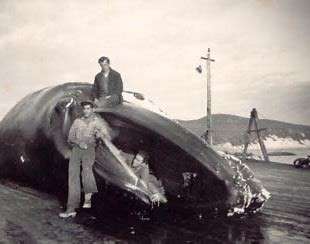 Species, including the gray whale, are continuously monitored, population data is gathered and evaluated to determine if and how the recovery process of the species is going.   The gray whale has recovered from the brink of extinction and was delisted from the ESA in 1994.  However, it was once commonly found throughout the entire northern hemisphere and is now only found in the eastern North Pacific near its winter home off Mexico, and the Bering, Beaufort and Chukchi Seas of the Arctic where gray whales migrate to during the spring months.

Another wonderful success story is that of the Southern Sea Otter, Enhydra lutris nereis.  This species is a keystone species in the coastal ecosystems of California due to its pivotal role in keeping the ecosystem in balance.

Sea otters prey on sea urchins which, if not kept in check by the sea otters, can devore a kelp forest in a short time!   By keeping the sea urchin population under control, the sea otters indirectly decrease greenhouse gases through the kelp forest absorption of carbon dioxide as well as providing a healthy habitat for many different marine species. Southern Sea Otters are carnivores and can often be seen lying on their back, tails wrapped around kelp plants, eating mussels, oysters and their favorite food – sea urchins. 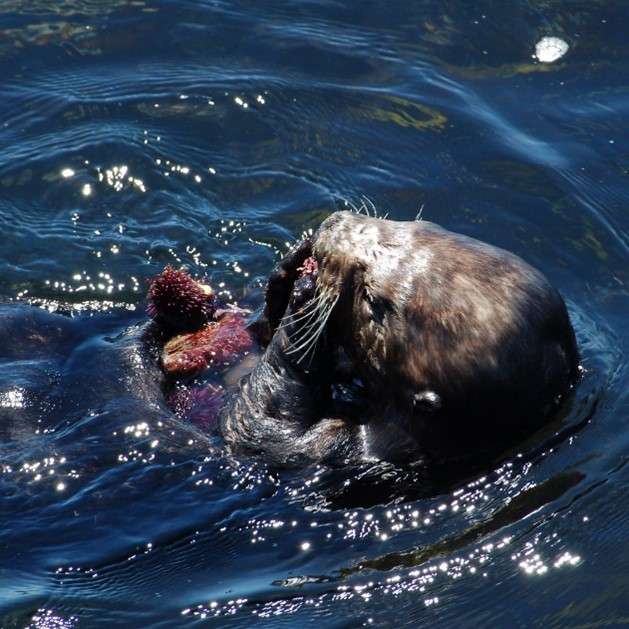 In 1977, the Southern Sea Otter was listed on the ESA as threatened, with only 50 individuals in the Big Sur region, after decades of being hunted for its fur and additional threats to their survival from oil spills.  The thick oil coats the fur of the sea otters essentially destroying the ability of the fur to insulate the animals from the cold Pacific waters.   The U.S. FWS adopted a recovery plan in 1982 including the population size that is acceptable over a three-year period of 3,090 in order to delist the species. Although the Southern Sea Otter is still considered a threatened species, due to the ESA protection their populations have been increasing and their numbers along the California coast reached 3,186 in 2017. 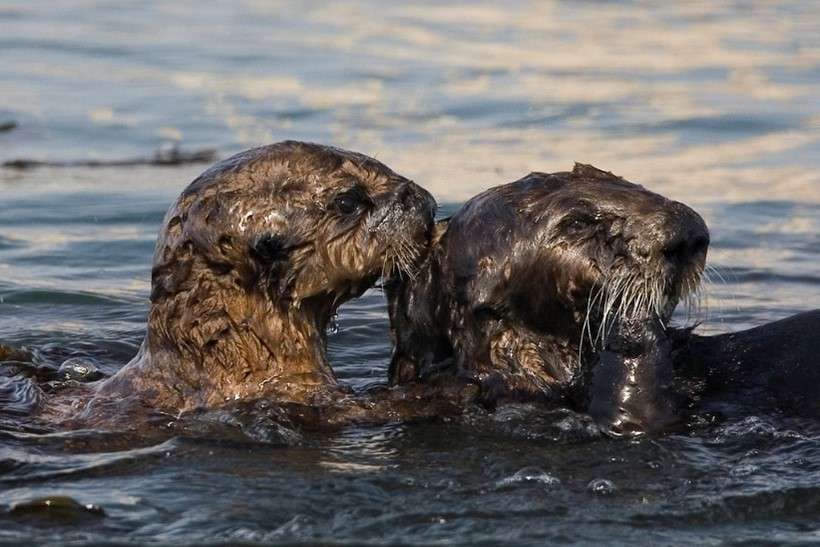 Want to learn more about endangered species in your area?  Click here to see what species are in your area and conservation steps being taken to help restore their populations.

Summary of the Endangered Species Act | Laws & Regulations | US EPA

The Gray Whale: Past, Present, and Future | National Geographic Society

As a NAMEPA summer intern I got great insight into the maritime industry. I learned…