We are inundated with noise every day from automobiles, planes flying overhead, television, radio, lawn mowers, leaf blowers and more along with the natural sounds of our world.  Luckily, we have the ability to turn it off, lower the volume, or close the windows when noise levels get too loud.  Unfortunately, inhabitants of the ocean do not have those same luxuries.

Sound travels farther and is amplified in water.   Simply go underwater and listen – you will be rewarded with the sounds of snapping and crackling of invertebrates and fish going about their daily lives and if lucky, the far-off sounds of marine mammals singing as they communicate with one another. Marine species rely on sound for survival and any noises that inhibit or overpower their ability to hear disrupts their lives and have the potential to cause severe consequences, including death.

What is now being called anthrophony are the sounds humans are adding to the natural underwater soundscape from our myriad of activities including boating, gas and oil exploration, construction of bridges, fishing trawling and dredging, the use of dynamite in reef fishing, military exercises and even low flying planes and traffic on bridges.  The effects of underwater noise pollution on marine mammals are well documented and publicized but less widely known are the effects on other marine species including fish and invertebrates are also being affected. 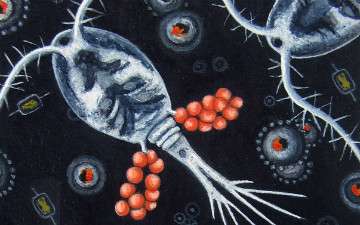 Recent research from Australia (University of Tasmania and Curtin University) indicated that within 24 hours of a single seismic air gun blast from oil and gas exploration there was a two to threefold increase in dead zooplankton – both adult and larval stages.   Zooplankton, a diverse group of animals in the bottom trophic levels of the marine food web, are a source of food for many species including whales and fish.  The loss or decrease in zooplankton populations is a great concern, not only for the fishing industry, but the entire marine ecosystem which could face a potential collapse if this vital link is removed.  Fish species have also been documented with damage to their ears after exposure to these seismic air gun blasts.  Additional studies have indicated physiological effects on bivalve mollusks including the commercially important scallop and clams as well as crustaceans such as shrimp. These physiological effects include behavioral changes such as burying deeper in the seabed, DNA damage, increased mortality and damage to proteins in sensory receptors; all of which affect survival rates.  One species of clams typically buries in the seabed extending its siphon into the water column to filter feed.  However, they have been known to retract their siphon and bury deeper in response to anthropogenic noises which inhibits their ability to feed affecting their survival and potentially their ability to reproduce.


Along with the physiological effects observed, a handful of reports point to invertebrates responding to underwater noise pollution similar to how they would respond to predators.  One particular species studied was the long-fin squid, a cephalopod, that had a decrease in successful feeding/predation in response to anthropogenic noise.  Squid were also noted to flee the area and/or ink – both of which are tactics used to avoid predation and require a lot of energy which can have long-term health effects. 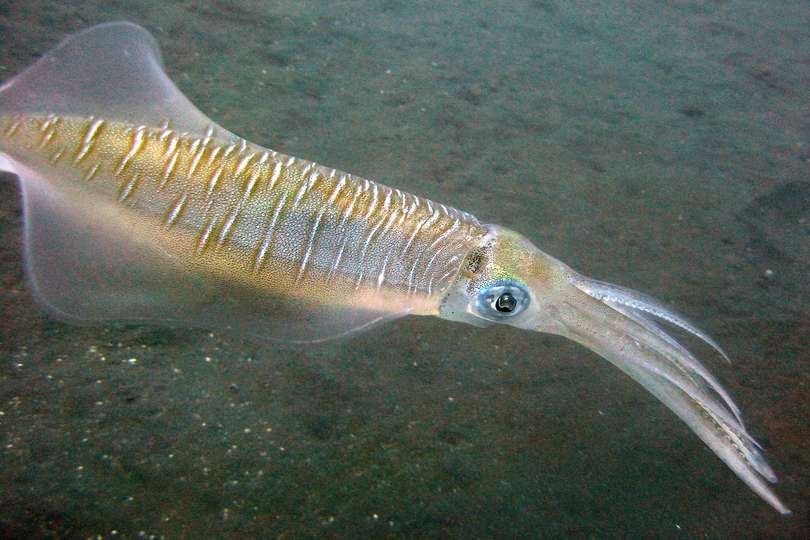 Squid and other cephalopods have ink sacs in between their gills.  They squirt out the ink through their siphons, a multi-function organ with the main role of expelling water for locomotion. The ink is a mixture of mucus, an irritant and a melanin-based chemical from the ink gland.  Inking is used as a defense mechanism to predators creating a cloud of ink confusing the predators and allowing the squid to safely escape.

The good news is turning off the anthrophony, lowering the volume is possible and the response to the reduction of underwater anthropogenic noise by some marine species is immediate.  We have the technology and knowledge to combat this pervasive pollution and implement management solutions.  Bringing together scientists, engineers, industry and the public to design, implement and support initiatives we can Save Our Seas from drowning in underwater noise pollution.

As a NAMEPA summer intern I got great insight into the maritime industry. I learned…