Ships and Marine Mammals can be a deadly combination however both are vital to sustaining our world; 90% of all goods are transported via ocean shipping while whale and dolphins are key species in the complex marine food web.  In order for the continued survival of each there must be a balance between commerce and conservation and a collaborative effort to work together to Save Our Seas. 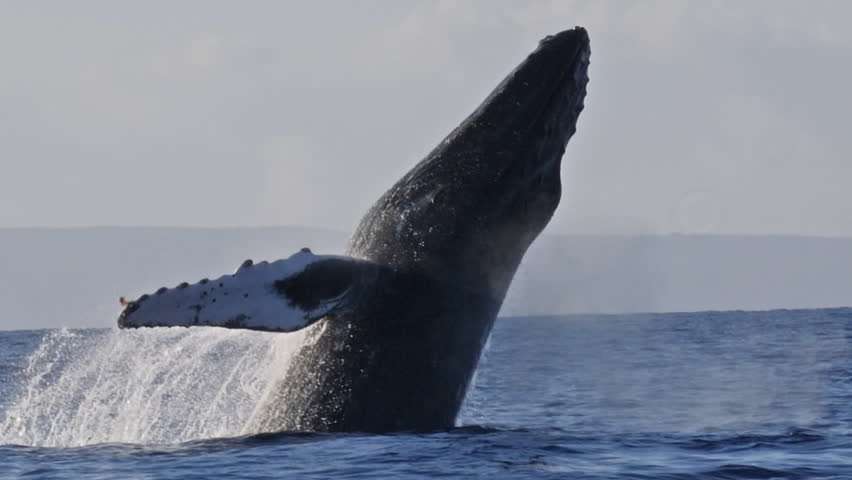 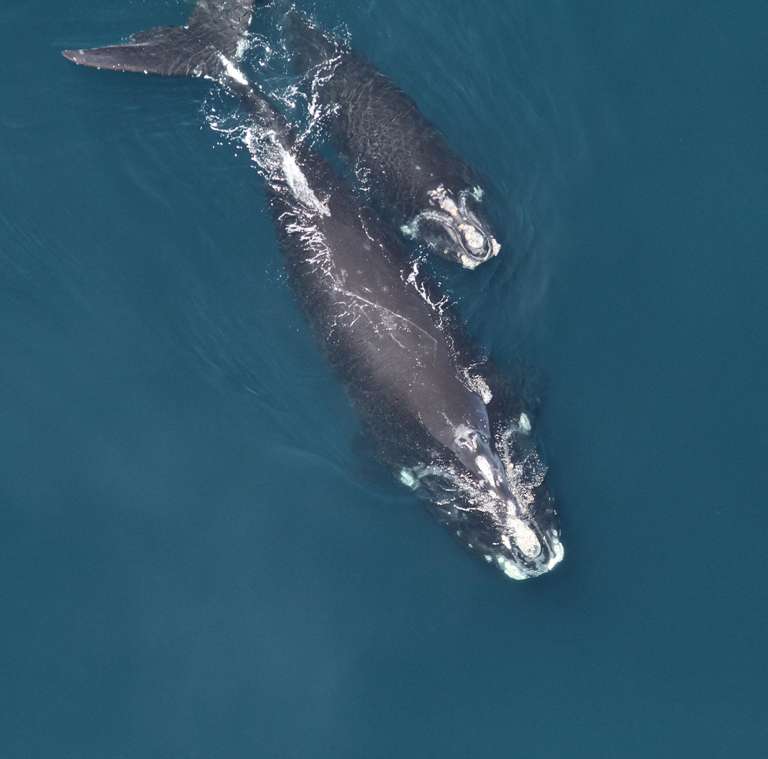 As sea surface temperatures continue to rise, many of the prey these whales rely upon are also being affected – moving into different waters or decreasing in populations.  The whales will need to expend additional energy migrating farther to find food and risk swimming into shipping lanes which increases the chance of a collision.

Scientific research and technology through the visual sightings, acoustic recordings and tagging have improved the monitoring and mapping of whale populations and migratory patterns.   This data has enabled environmental organizations, shipping companies, governmental agencies, and the general public to work together to protect these ocean giants.  In 2019 two acoustic buoys were deployed in a collaborative effort between Equinor Wind US, the Wildlife Conservation Society’s New York Aquarium, and the Woods Hole Oceanographic Institution (WHOI) to detect and monitor the presence of whales in the New York Bight.  This near real time data will aid in monitoring the location and behavior of the North Atlantic right whale, one of the most critically endangered whale species in the world, along the coasts of New York and New Jersey.

NOAA Fisheries services has issued a compliance guide to reduce the chances of dangerous collisions with the North Atlantic Right Whale along the east coast of the United States.  Results from studies of critical habitat and feed in areas led to the establishment of Seasonal Management Areas (SMAs) During certain times of the year in SMAs there is a mandatory reduction of speed for vessels 65 feet and longer to 10 knots or less. Additional action includes posting lookouts who have been trained in spotting whales and safely maneuver around any whales sighted.  Vessels less than 65 feet are encouraged to also slow down within these zones

Additionally, the Right Whale Slow Zone program works with mariners to notify ships of whale sightings providing maps and coordinates to encourage avoidance of the area, if possible, or reduction of speed to 10 knots or less for 15 days from the day of detection.  These initiatives allow for better management decisions and actions by shipowners and crew onboard to provide a safe environment for seafarers and the vessel and to reduce risks to whales.  The free Whale Alert app is a great tool available to all boaters that alerts them when entering a Right Whale Slow Zone. NOAA also has an option to sign up for email notification. 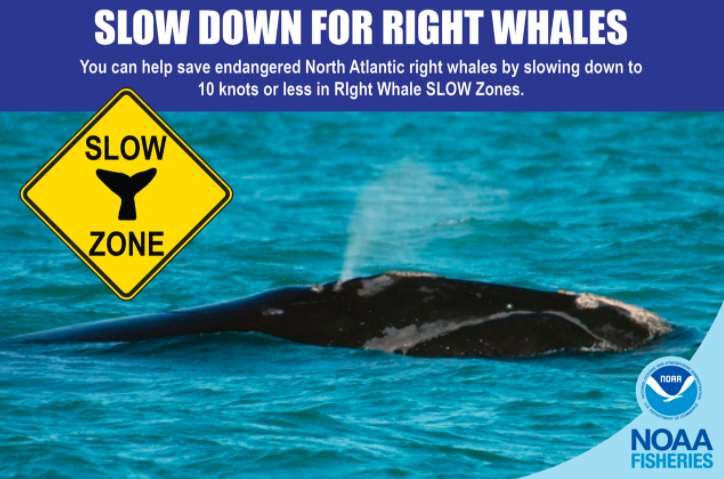