In 2017, about a total of 800,000 volunteers in more that 100 countries gathered and collectively removed more than 20 million pieces of trash from beaches and waterways worldwide. The weight of the total trash collected was equal to 812 cruise ship anchors.

Volunteers were mobilized as part of the NGO Ocean Conservancy’s International Coastal Cleanup, which, in partnership with volunteer organizations around the globe, mobilizes volunteers to remove millions of pounds of trash from beaches and waterways worldwide, while fostering awareness of the marine debris issue.

That’s 20 million fewer potential impacts on whales, turtles and other beloved ocean wildlife. That’s an accomplishment we should all be proud of.

The International Coastal Cleanup began more than 30 years ago, when communities rallied together with the common goal of collecting and documenting the trash littering their coastline.

The report contains, among others, an infographic with the top 10 garbage items collected through the activity:

The report figures identify cigarette butts as the top collected item in the world’s beaches, with a total of more than 60 million collected over 32 years. This comes at a time when significant measures have been taken from authorities globally to reduce marine pollution, with a ban on plastic bags and more recently on straws.

The report also included a map with the world's most weird things found in beach cleanups per country: 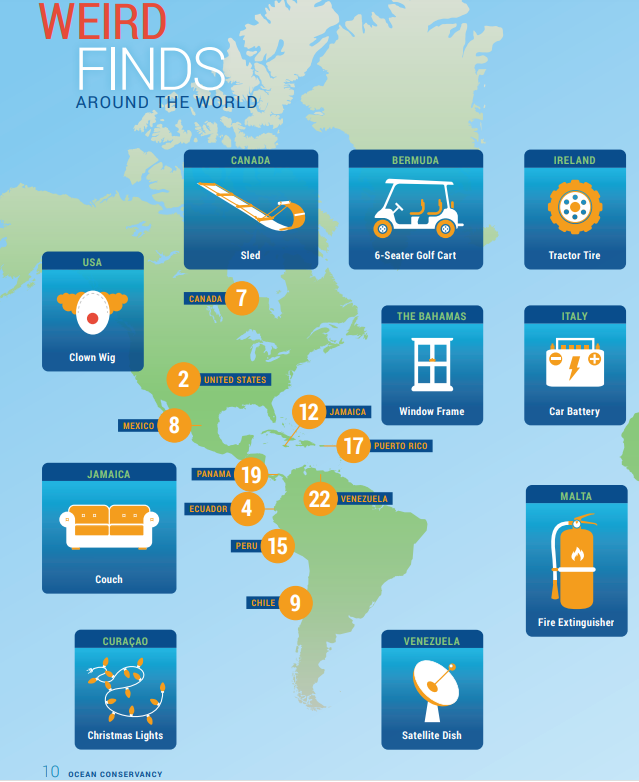 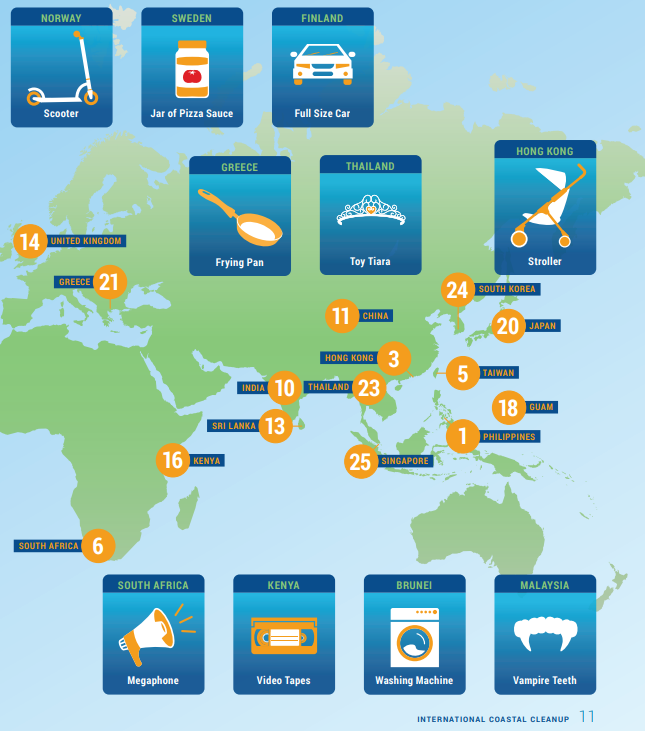