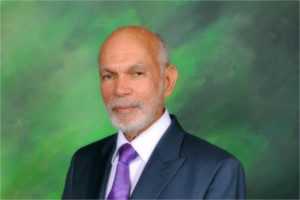 The event, sponsored by the American Caribbean Maritime Foundation (ACMF), will be held at the historic New York Yacht Club in Manhattan on Thursday, October 18, 2018 under the Patronage of Jamaica’s Prime Minister, The Most Honorable Andrew Holness.

The Anchor Awards acknowledges individuals and the companies they represent who have played a vital role in the growth and development of the maritime industry in the Caribbean. As the host country for the Law of the Sea Convention which serves as the legal framework governing the ocean, Jamaica has been pivotal in the development of the maritime sector over the last four decades. In 2018, Jamaica was voted on to the Council of the International Maritime Organization (IMO), which puts it at the forefront of decision making on issues that will impact all industry stakeholders.

“I was thrilled to be asked to deliver the keynote address at the event, particularly in light of the fact that Jamaica is the host country of The Convention on the Law of the Sea,” says Ambassador Marcia Gilbert-Roberts, Permanent Secretary in Jamaica’s Ministry of Foreign Affairs and Foreign Trade.

The ACMF, founded by former Consul General in New York, Dr. Geneive Brown Metzger, was established in 2016 to support scholarships and infrastructure development at the Caribbean Maritime University (CMU). Anchor Awards Chair, Vincent DeOrchis, Esq., partner in the U.S. maritime law practice, Montgomery McCracken, Walker and Rhoads, and ACMF board members, says “the reputation of the CMU and the importance of the Caribbean maritime industry to the region’s economy make this a very worthy cause.”

For more information about the Awards or the ACMF, email executivedirector@acmfdnorg or go to the ACMF website www.acmfdn.org