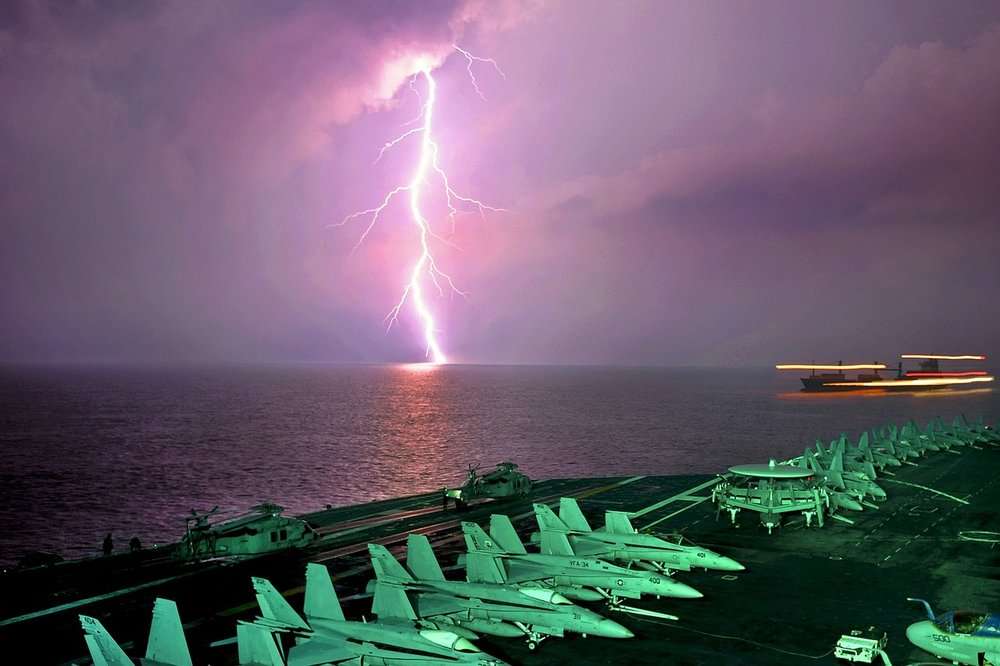 A new study mapping lightning around the globe finds lightning strokes occur nearly twice as often directly above heavily-trafficked shipping lanes in the Indian Ocean and the South China Sea than they do in areas of the ocean adjacent to shipping lanes that have similar climates.

The difference in lightning activity can’t be explained by changes in the weather, according to the University of Washington study. The researchers conclude that aerosol particles emitted in ship exhaust are changing how storm clouds form over the ocean. Water vapor condenses around aerosols in the atmosphere, creating droplets that make up clouds. The particles make cloud droplets smaller, lifting them higher in the atmosphere. This creates more ice particles and leads to more lightning, because storm clouds become electrified when ice particles collide with each other and with unfrozen droplets in the cloud. Lightning is the atmosphere’s way of neutralizing that built-up electric charge.