Many threats face coral reefs today, from coral bleaching to storms to boats and anchors that break fragile coral branches. (See one of my past articles, “Global Weirding: The Coral Catastrophe” for more information.) But all hope is not lost – corals are capable of regrowth. Recently, a great deal of research has gone into understanding coral resiliency.

Corals take at least several decades for regrowth and it is a slow and steady process. Naturally, it is important for coral to have evolved the ability to rebuild and regrow because natural disasters like storms and variations in fish grazing happen all the time. The problem now is how corals can regrow in the context of human-caused environmental change.

There are two main categories of anthropogenic harm that can come to corals. The first is mechanical destruction of a reef. This physical harm comes in the form of storm damage or human activity, such as boats running along the surface of a reef or dropping anchors onto a reef. Storm damage can be linked to human activity as well; as climate change continues, this affects storm frequencies and weather events like El Niño.

When mechanical damage occurs on a coral reef, the fundamental structure of the reef often survives. If the reef structure is kept intact, the coral has a chance to regrow itself even after severe damage (like bioerosion after an El Niño event). The structure provides a substrate for recruitment and regeneration, allowing for asexual reproduction by the corals. Recruitment is the settlement of larval coral on some form of substrate where polyps will grow and form individual corals and reefs. However, it isn’t always this simple. Frequent disturbance from weather can destroy the framework and make it harder for coral to recover.

Additional research has shown that a possible aid to coral regrowth can be found in coral transplants. In recent studies, some effectiveness has occurred with the plugging of holes drilled in corals. Though there are complexities in the process of transplanting a polyp into another old polyp, there is the potential for humans to help rebuild damaged reefs, and to use lab-grown coral in doing so.

The other, more highly publicized, harm that impacts coral is death by coral bleaching. Amazingly, corals can come back even after losing their color and their symbiotic algae which provides them with food and energy.

For humans, this means working on coral resiliency. A reef is more likely to recover and regrow in spite of climate change and ocean acidification if local, smaller threats are limited. With a lack of immediate stress, corals can build resiliency for bigger, long term threats. According to NOAA, “a resilient coral reef is one that can either resist a large-scale stressful event or recover from it.”

The answer to the question of how we save the world’s coral reefs, the vibrant, life-filled oases of the ocean, is not one we completely understand yet. But what we do know, and what researchers are continuing to study and understand, is that corals are incredibly strong and can bounce back. Climate change and ocean acidification, caused by high levels of carbon dioxide in the atmosphere, are impossible to stop instantly and it would require a huge amount of time just to slow the rate of increase of carbon dioxide in the atmosphere occurring right now. But what we can have an immediate impact on is the mechanical damage to the reefs and the local levels of pollution. We can tackle small threats in order to help the corals save their energy for fighting against the bigger threats. 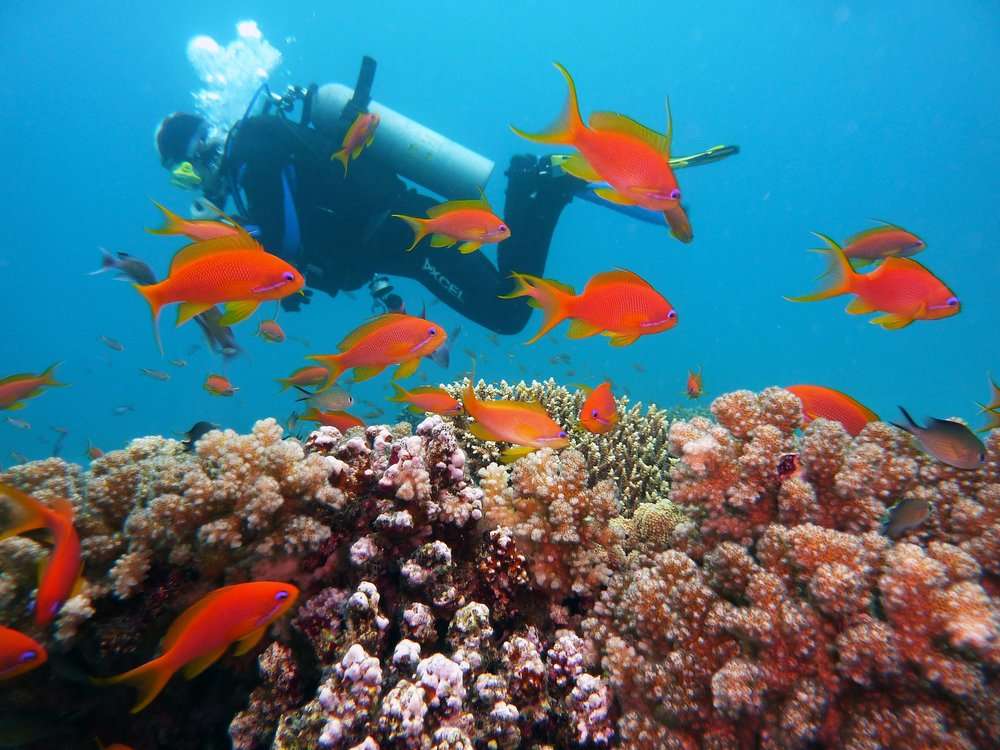 Little tiny polyps, forming underwater mountains and homes for millions of fish, have the power to rebuild, both by themselves and with our help. But either way, humans have the ability to give them a push in the right direction.