As noted in Kathy Metcalf’s letter to the Chamber of Shipping of American members, there was a side meeting at the United Nations at which maritime industry and conservationists met with UN delegates and aides to discuss the intersection between shipping and whales.  While the topic of ship strikes and aquatic noise dominated the discussion, this was balanced by a recognition of the role shipping plays in global society and the steps being taken to mitigate shipping’s impact on the marine environment.

NAMEPA Chairman Joe Hughes and I were at this event, and were struck by the intentionality of the meeting from the conservation side.  This is an important issue for them, which, as Kathy indicates, may result in further work on the topics and a push for shipping (through the IMO) to modify its operations.  We need to be prepared. 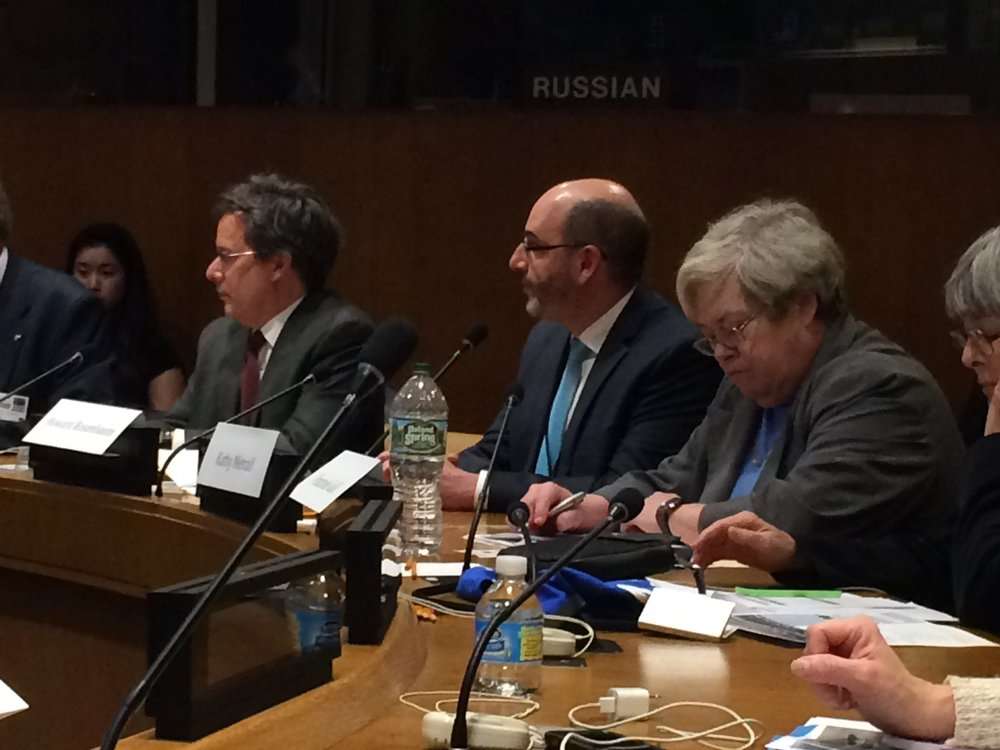 In preparation for the United Nations Oceans Conference set for 5-9 June 2017 in New York, a number of preparatory committees and side events are being conducted.  On February 15, 2017, a side event was held at the UN, sponsored jointly by the Wildlife Conservation Society (WCS),  the International Union for Conservation of Nature (IUCN) and the Government of France.  The event was titled “At the crossroads: Global Shipping Lanes and Whale Conservation”.  The event was keynoted by H.E. Peter Thomson, the President of the 71st Session of the UN General Assembly and was attended by a number of governments, evidencing the high visibility of this issue to the UN community.  A large portion of the side event was focused on a panel facilitated by Dr. Greg Silber from NOAA with whom CSA has worked a number of years on ship strike issues.   CSA was asked to participate on this panel as a representative of the shipping industry.  Additional participants included a representative from IMO and three others from the scientific community.  The panel focused on two specific issues – commercial ship strikes of whales and the impacts of commercial shipping noise on living marine resources.

With this summary of the event in mind, the purpose of this email is to alert the shipping industry that, from my perspective, the issues of ship strikes and commercial shipping noise are gaining significant momentum at the UN, likely pushed by a number of environmental non-governmental organizations (NGOs) who clearly have the ear of certain governments at the UN.  Future developments at the UN as well as potentially at IMO advise for a close watch on these issues at all levels of the UN system.

As a representative of the shipping industry, two fundamental points were made.  First, any additional initiatives to regulate shipping must be the responsibility of the IMO and not other UN organizations focused on resource protection and conservation.  The second point emphasized is the lack of data and impacts analysis regarding shipping and living marine resources, both temporally and spatially, and before any new initiatives on additional regulation of shipping are even begun, this lack of data and impacts analysis must be correctedbefore any intelligent decisions can be made in the future.

From my perspective, I believe it is the intent of the sponsors of this event to include ship strikes and commercial shipping noise as one of the Call for Action items that are agreed at the upcoming UN Oceans Conference.  What such a decision would mean for future actions, particularly at IMO, remains to be seen.  It is clear that a number of the environmental NGOs will push further action on these issues including mandatory controls on global shipping e.g. speed restrictions and the establishment of global shipping lanes.  While it is clear what the industry’s position on these types of proposals would be, it is important that the industry be prepared to confront these proposals head on when they arise in whatever forum.