During the holiday season, it is easy to get caught up in the excitement of opening gifts and forget about the impacts of our consumption.  But it is also the new year, a time for reflection, and for considering changes we can make to our lifestyles in the upcoming year.  For example, I am planning to spend the next year, 2017, thinking about how to reduce the amount of waste which I create.

Sitting around the living room together, my family joked about the gift wrap we used for the holiday and how familiar it looked since we reuse wrapping so often.

We aimed for a waste-free gift-giving this year, not buying any new items for gift wrapping whatsoever. Rather than worry about buying enough wrapping paper, gift bags, gift tags, and tissue paper, it was fun to see which bags and boxes have made a comeback year after year.

“The best bumper sticker I’ve ever seen,” my grandmother told us between gifts, “was one that read ‘Throw it away? There is no away.’”

For a lot of the waste we create, “away” is the ocean, a place where products, particularly plastics, end up after being washed away with the rain or through a gutter. For the most part, this is unintentional marine debris. Sometimes, however, garbage is dropped purposely and directly into the ocean and fishing or boating gear can be left to float out at sea.

Garbage in the ocean is made of rubber, plastic, metal, glass, cloth, and pretty much anything else humans throw away that isn’t something biodegradable like food, other organic matter, or paper materials. All of our artificial things end up somewhere when we get rid of them, and that somewhere isn’t always a landfill or a mysterious “away.”

Marine debris has a variety of impacts on animals. Often used as a deterrent for polluting, images are plastered across the internet and conservation platforms with turtles caught in soda six pack rings and birds dying from eating plastic bags. Fish are cut open and little bits of plastic fill their stomachs. The implied truth is that we are killing ocean wildlife indirectly, even when we aren’t fishing them out or changing the chemical conditions of the ocean. Fish, birds, mammals, and reptiles (like sea turtles) accidentally consume plastics and other pollutants mistaking them for food (a plastic bag looks an awful lot like a jellyfish as it floats through the water). These animals then feel full, their stomachs are full, but they don’t get any energy from the pollutants and starve to death with a stomach full of plastic.  (View CNN’s special report “Plastic Island:  How Our Throwaway Culture is Turning Paradise into a Graveyard”)

What are the solutions? For the most part the things you can do are simple and easy. Any individual can help stop dolphin entanglement in old fishing nets or invasive species which are transported on bits of pollutants floating through the water.

First, you can recycle. If plastics, metals, glass, and even fabric are turned into new items we can use, this means they aren’t ending up out at sea or in an animal’s stomach. Recycling isn’t entirely efficient most of the time, so it’s also important to reduce your waste. If you aren’t using as much plastic in the first place, which can be as easy as replacing plastic grocery bags with reusable ones, there is less to be “thrown away.” We can prevent marine debris before it even turns to garbage.

You can also help out with beach cleanups; when we work together to clean up marine debris that already exists, we stop it from reaching the ocean and damaging habitats and the bodies of animals. You can work with organizations and movements that help with recycling, educating the public, and creating policy regulations.

Finally, just be conscious of your stuff. Stuff is all around us, and the holidays are a time when we see that stuff pile up and when we think about starting anew. What is your stuff, how much of it do you have, what is it made of, and where will it end up? The first step in living a greener life and saving the lives of marine animals is a conscientious lifestyle. If you are someone who frequently goes to the beach or out on boats, practice “leave no trace,” something not just useful while hiking and camping. Leave natural spaces cleaner than you left them, with no trace that you were ever there. 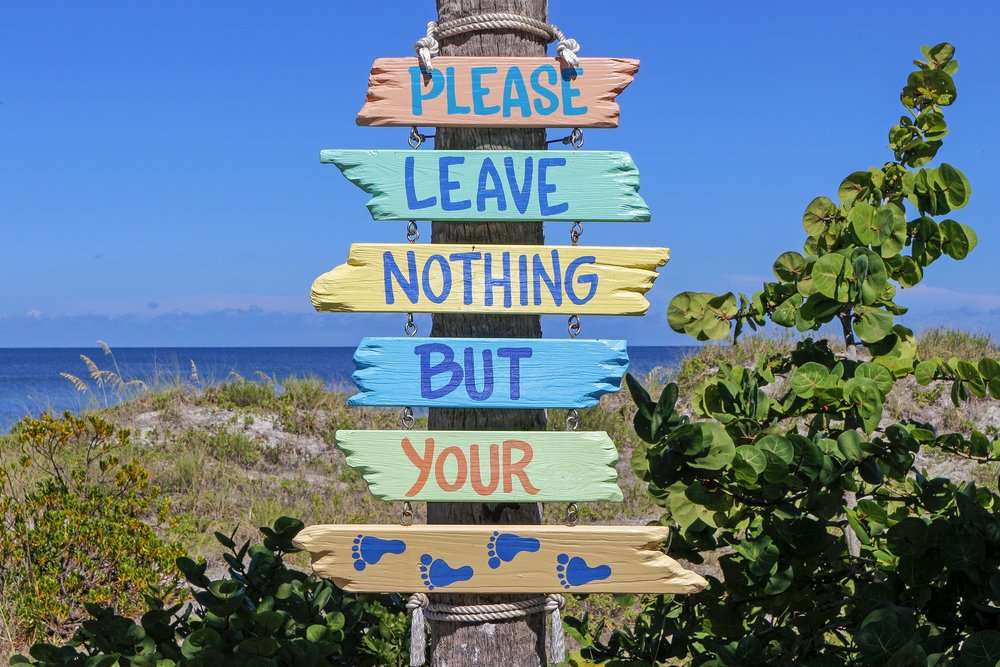