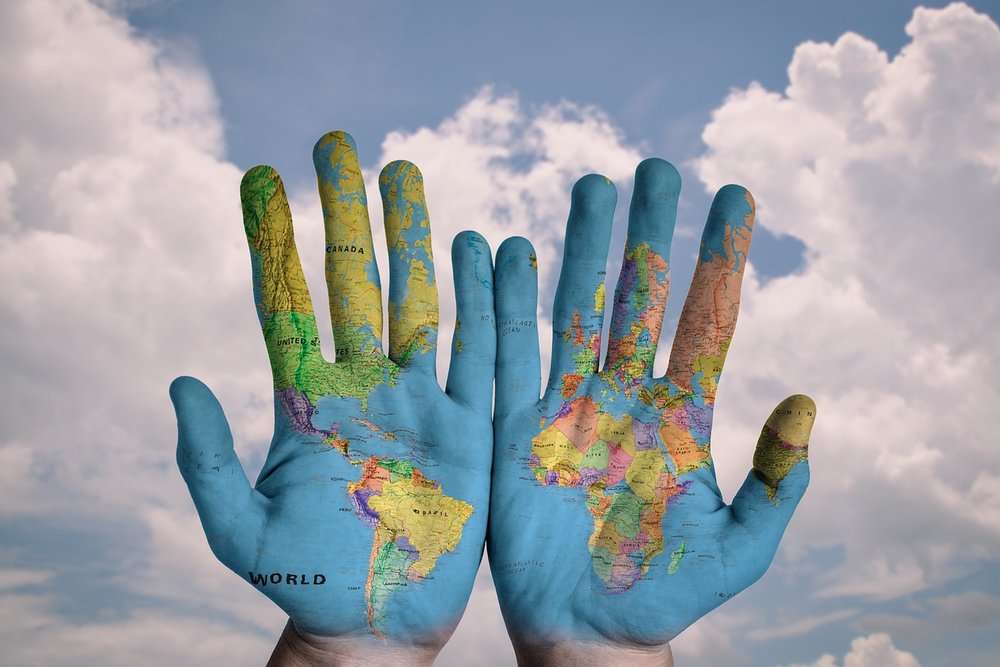 The phrase “global warming” is a misnomer for two reasons. First, the world is not simply getting warmer, the phenomenon is more complex than just rising temperatures. Just because record snowfall and cold temperatures occur does not mean global warming doesn’t exist. My grandpa likes to use the word “global weirding” to avoid this misconception. Global climate systems are totally off kilter due to increased greenhouse gases in the atmosphere, which doesn’t just mean temperatures are higher. The term “global weirding” however, was not invented by my grandfather, as I liked to believe when I was younger. Hunter Lovins, co-founder of the Rocky Mountain Institute, was the first to use the term to describe climate extremes and weird weather patterns that exist because of human actions.

Second, the earth goes through natural climate cycles. Changes in climate happen naturally due to the periodicity and angle of the earth’s orbit, which is why the earth has featured both global ice ages and the steamy rainforests often representative of the age of the dinosaurs. But global warming and climate change are misleading phrases because it is important to specifically identify our subject as anthropogenic global warming or anthropogenic climate change. Anthropogenic is a term that means human-made. The earth goes through regular climate cycles, but nothing with the rapidity of the changes occurring right now, or the same extreme increases in carbon dioxide (CO2) concentration in the atmosphere as we see today.

Let’s pause here for a quick lesson in environmental science: what is the big deal with carbon dioxide? Essentially, the only reason earth is a habitable temperature is because of greenhouse gases, of which CO2 is one. These gases trap UV energy from the sun inside the atmosphere, warming the surface of the earth. This important process becomes problematic with an excess of greenhouse gases in the atmosphere, like what is happening right now. More heat is being trapped within the atmosphere, causing rising global temperatures. In other words, anthropogenic production of CO2 and other greenhouse gases like methane and CFCs are the cause of global weirding. Hence the reason for “hysteria.”

Extreme hurricanes and droughts are in the news all the time and are increasing in frequency. They destroy property, food sources, and human livelihoods. For example, right here in the tri-state area we experienced Hurricane Sandy not too long ago. Sandy devastated homes and property across Long Island and New Jersey, but also impacted the local environment. Hurricanes like Sandy blow birds off-course, flatten forests, wash away beaches and dunes, and flood and pollute bodies of water, writes Kevin Hoyle, a writer for the National Wildlife Federation’s Blog.

It is important to note that climate change hurts ecosystems around the world, but because of the intimate connections between natural systems across the planet, human health, safety, and economies are severely threatened by climate change. What destroys human habitats also destroys animal and plant habitats. Pollution that kills fish also hurts fisheries and human resources.

Global weirding isn’t the only result of increased greenhouse gases in our atmosphere. Climate change manifests in the oceans in a number of ways, including rising ocean temperatures, sea level rise due to melting ice caps, changes in salinity, and the migration northward of a great number of species to adjust for rising temperatures. But in addition to changing the climate, increased CO2 concentrations in the atmosphere leads to ocean acidification.

What does it mean that the ocean has a lower pH (which means increased acidity) and lower carbonate ion concentration? Basically it comes down to what Professor Joshua Drew, a marine ecologist at Columbia University, calls “systemic osteoporosis of the sea.” Drew, who studies historical ecology and coral reef fish in Fiji, has seen the effects of ocean acidification firsthand.

In Fiji and around the world shelled organisms, which are a huge proportion of oceanic diversity, including crustaceans, bivalves (clams, mussels, oysters), and plankton, are literally being eaten away by the acidity of the water. As we increase CO2 in the atmosphere, through our car exhaust and fuel burned for energy in our homes and the energy needed to produce everyday products, the ocean absorbs a great deal of this gas. This change in the chemistry of the water makes the water more acidic, and acid is corrosive. Organisms are growing weaker and are unable to adapt fast enough to a habitat that has begun to literally dissolve the protective outer layer of their bodies.

The impacts of climate change, even just in marine environments, are too vast to describe comprehensively. In my next article I’ll focus in on one specific organism and how it is affected by climate change and ocean acidification. Colorful, vibrant communities home to hugely diverse species, the rainforests of the ocean, coral reefs are undergoing catastrophic destruction.